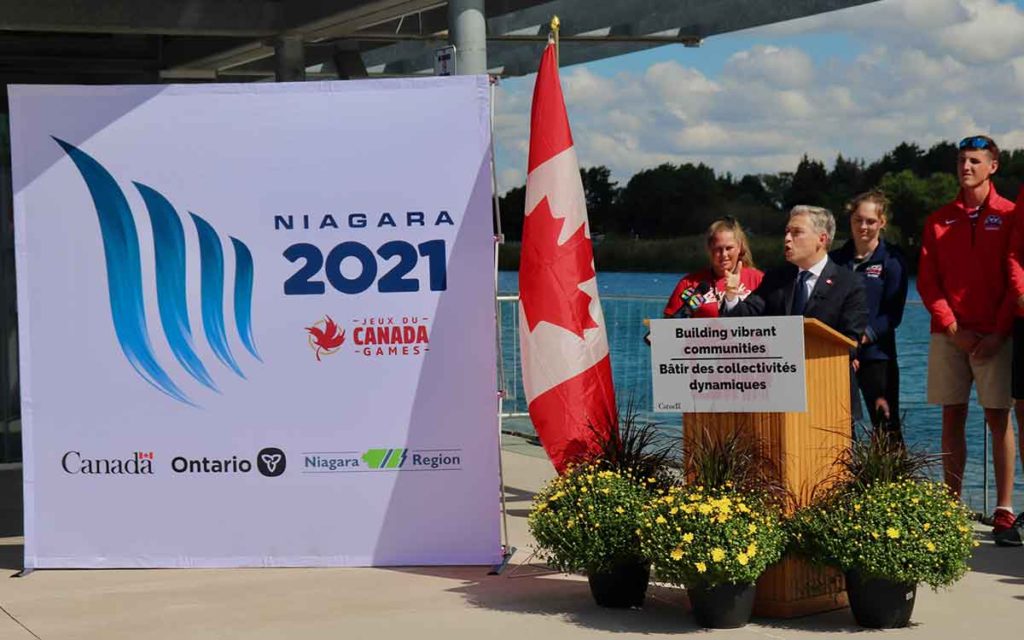 The Honourable François-Philippe Champagne, Minister of Infrastructure and Communities at the podium to announce federal funding for the 2021 Canada Summer Games.

The final piece of the funding puzzle has been put in place for the 2021 Canada Summer Games.

The Honourable François-Philippe Champagne, Minister of Infrastructure and Communities; along with feral colleagues Vance Badawey, Member of Parliament for Niagara Centre and Chris Bittle, Member of Parliament for St. Catharines; Doug Hamilton, Chairman of the 2021 Canada Games and a host of other politicians and dignitaries were at the Welland Flatwater Centre yesterday to announce funding for the construction of two new sports facilities, the rehabilitation of seven other sporting venues, and the purchase of new specialized sports equipment for two events, all of which will be used for the 2021 Canada Games.

The federal government’s $29 million, matching the province’s recent announcement, is being made available through the Community, Culture and Recreation Infrastructure Stream (CCRIS) of the Investing in Canada infrastructure plan. Sport Canada is providing an additional $3 million towards the projects with the Government of Ontario, 11 host municipalities and Brock University providing the remaining funding.

“The new 2021 Canada Games facilities will leave a sporting legacy that will increase access to quality recreational infrastructure, improving the lives of Canadians across the Niagara Region for generations to come,” said the Honourable François-Philippe Champagne, Minister of Infrastructure and Communities in a statement.

While some media outlets have tried to turn the Games’ funding into a political hot potato, the Games’ Host Society Chair, Doug Hamilton, is just happy to have everything ready to go on the financial side. “It’s not too late and it’s not too early. It’s the right time,” he said of the funding announcements over the past few weeks.

Those involved with the Summer Games haven’t been sitting idly by just waiting for the cash to arrive. We’ve been working on the planning of the new builds while trying to secure the funding,” explained Hamilton. The pre-qualifications were done in July and the tenders went out this week to the six firms that qualified. Hamilton said the detailed, multi-step costing exercise the team has gone through came out at the cost of the funding they applied for.

While there were reports of the Region having to have a “blank cheque” ready to hand over if the Games ran into financial difficulty, Hamilton said that is not an accurate characterization at all. “In order to even bid for something like the Summer or Winter Games every municipality must sign saying they would cover cost overruns. It’s just standard”

Regional Chair Jim Bradley said the federal funding announcement means Niagara can now push forward with preparing to host the nation. “The Niagara Region welcomes the funding commitment from the federal government to assist in meeting the cost of the construction of legacy projects for the 2021 Canada Summer Games. This announcement provides the green light needed to move forward immediately with our plan and will contribute immensely to the success of the Games.”

Hamilton said they hope to select a general contractor by the end of October and get going immediately. He said the project that is most time sensitive is the Canada Games Park. That project needs to be started soon while the others he said have a bit more flexibility in terms of when they get started as they are smaller scale projects.

“The piece that had some uncertainty has now been finalized. Now we can move forward,” said Hamilton. 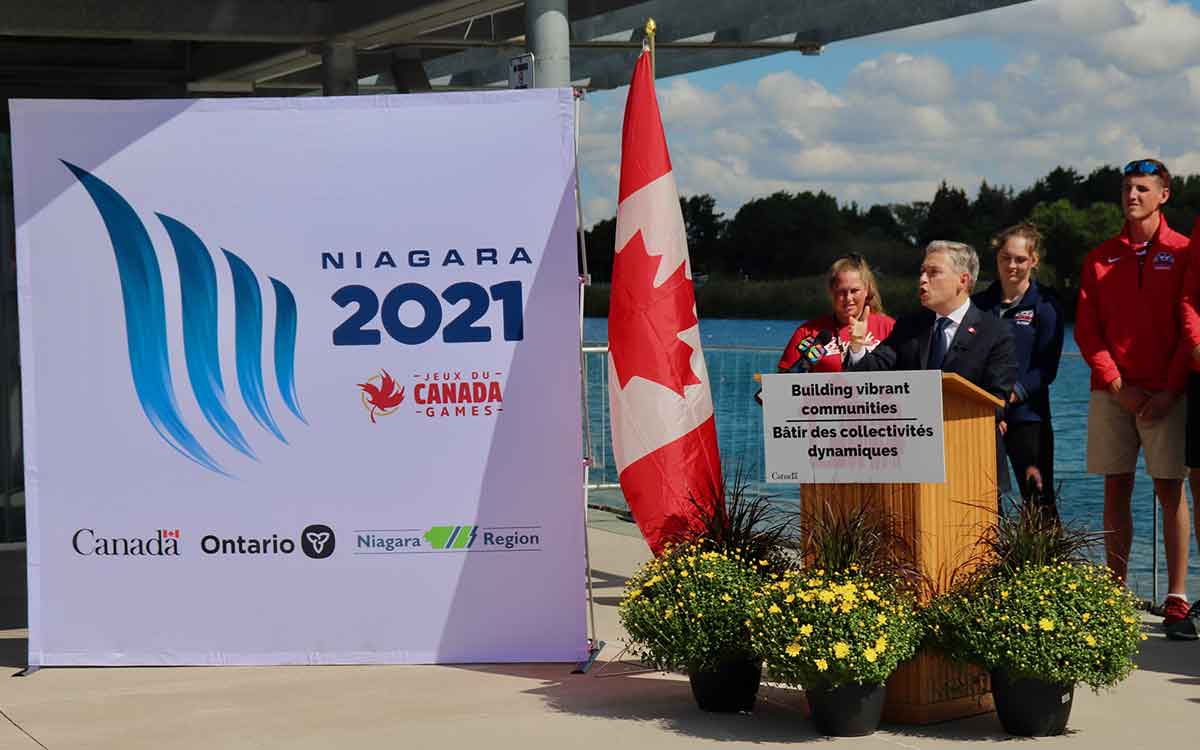