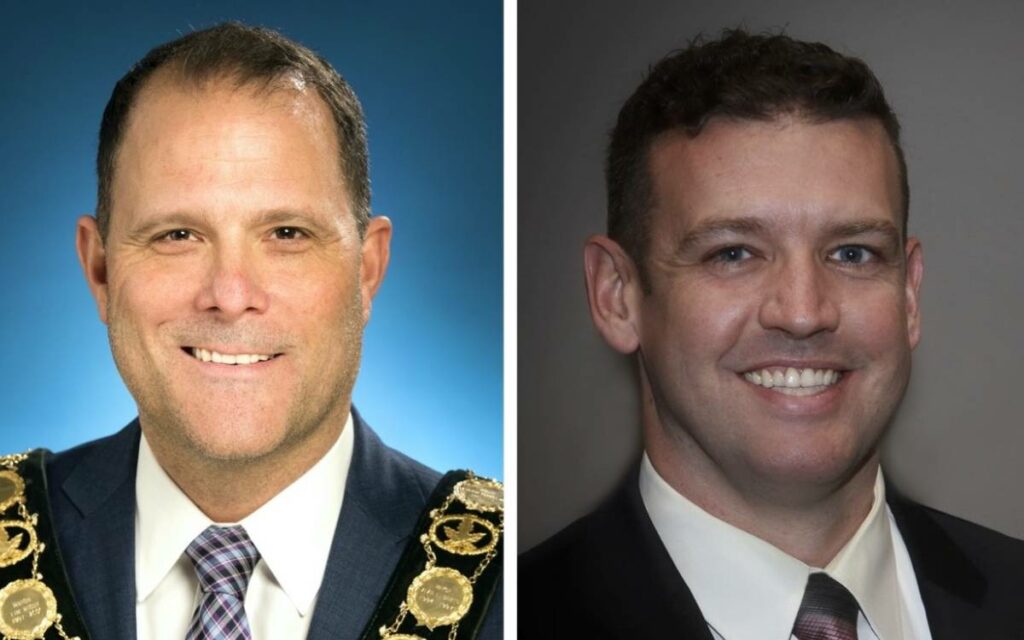 Mayor of St. Catharines Walter Sendzik (right) broke a council tie on Dec. 13 that ultimately led to current councillor Mat Siscoe (right) being recommended to fill a regional vacancy. The move went against policy and precedent, initiating a petition and a legal challenge from the staff-advised candidate.

In defiance of city policy, and the associated recommendation by the city’s clerk, Mayor Walter Sendzik voted to deny next place finisher Mike Britton the opportunity to fill the vacancy at St. Catharines’ most recent council meeting on Dec. 13.

According to the City of St. Catharines policy, developed and adopted by city council in 2014, “If the vacancy occurs within the last year of the term, the next place finisher shall be appointed if this individual received 70% of the votes that were achieved by the sixth-place finisher in the case of Regional Council.”

Per the clerk’s report, “The eighth-place runner up in 2018 was Mr. Mike Britton. Mr. Britton received 93.5% of the votes of the seventh-place finisher, Mr. Kelly Edgar, therefore Mr. Britton could be appointed to fill the vacancy.”

The goal of the policy was to take politics, favouritism, and nepotism out of the process to fill council vacancies.

Millar’s petition states, “I am calling on Niagara Regional Council to right the wrong and appoint the runner up being Mike Britton, who was actually on the Regional Council ballot, as this precedent has been set and established 6 times over the past 20 years.”

Millar is referring to an article published by The Niagara Independent that identified previous vacancies filled by the “next place finisher”, which included James Almas, Tim Rigby, Carlos Garcia, Laura Ip, and twice Kelly Edgar.

As for Mike Britton, The Niagara Independent has learned that Britton has retained the legal services of Asher G. Honickman to represent his interests. Honickman wrote a letter to Niagara Regional Council challenging St. Catharines’ preference to appoint Mat Siscoe.

Daryl Barnhart, executive officer to Regional Chair Jim Bradley, confirmed with The Niagara Independent that “the Regional Chair’s office is in receipt of the letter from Jordan Honickman Barristers dated Dec. 16, 2021.”

A handful of regional councillors also confirmed that they received the letter prior to council’s Thursday, Dec. 16 meeting.

However, the issue was not discussed at the meeting.

The fact that Niagara Regional Council did not consider the St. Catharines recommendation to appoint Mat Siscoe or Britton’s legal challenge at its Dec. 16 meeting has created legislative jeopardy.

The Municipal Act prescribes clear deadlines and processes on when and how a council must fill a vacancy.

Daryl Barnhart told The Niagara Independent that “the Niagara Region will be filling the vacancy following the terms outlined in section 263 of the Municipal Act, 2001.” Though, given the circumstances, the options of what to do next is a quagmire.

To be eligible for the appointment to Regional Council, Mat Siscoe needs to resign from St. Catharines city council, as a councillor in Niagara cannot hold office on more than one council. There is an exemption for mayors. Readers may recall that Niagara Region Council rejected a request from the City of Niagara Falls this year to allow dual duty councillors.

Next, given that Regional Council is not scheduled to meet until Jan. 20 in the new year, it also would have to schedule a special meeting before the legislative deadline to accept the recommendation of Mat Siscoe.

But all these procedural maneuvers may be for nothing. Mike Britton, or any person who was eligible to vote in the last municipal election, may make an application before Ontario’s Superior Court of Justice asking for a judicial ruling on the matter.

There is also the issue of the allegation from Britton’s lawyer claiming Mat Siscoe violated municipal conflict of interest rules. When St. Catharines voted on Mike Britton, Siscoe voted no, creating the path to allow his candidacy for the regional seat.

Then on the subsequent vote to recommend Siscoe, he voted in favour of himself, elevating his annual councillor pay.

At any time, either Britton or a resident can file a formal complaint with the city’s Integrity Commissioner on Siscoe’s conflict of interest matter. 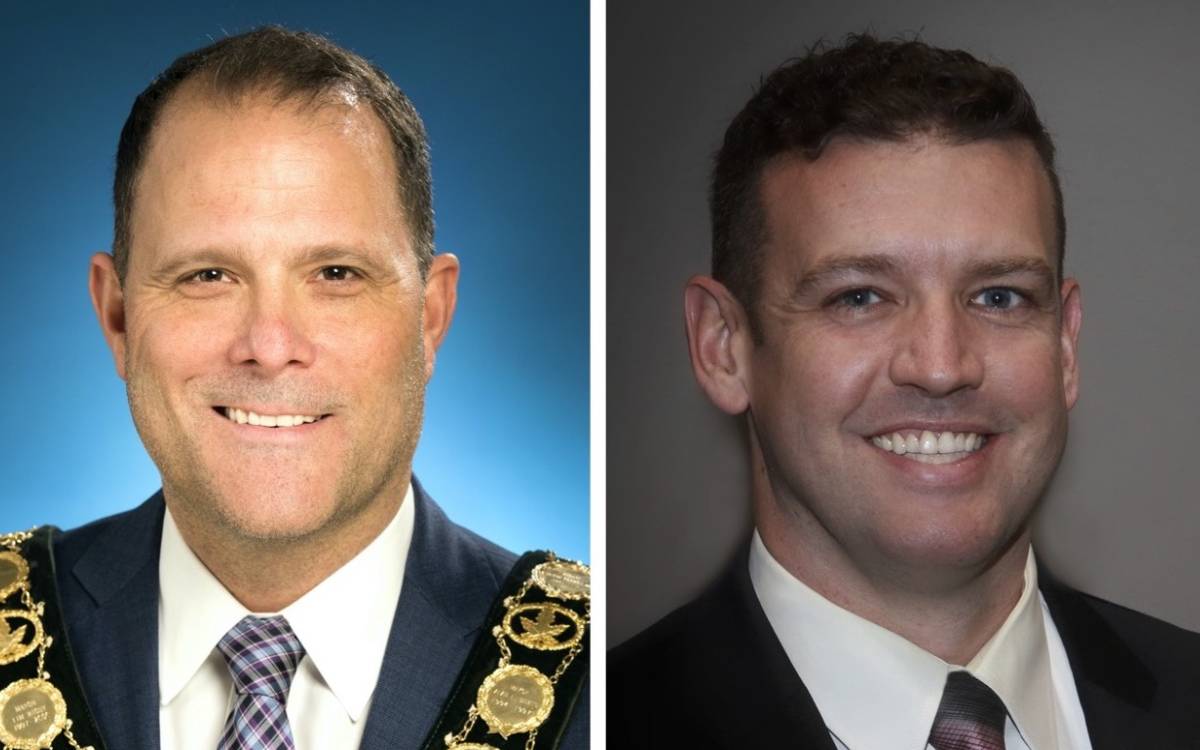