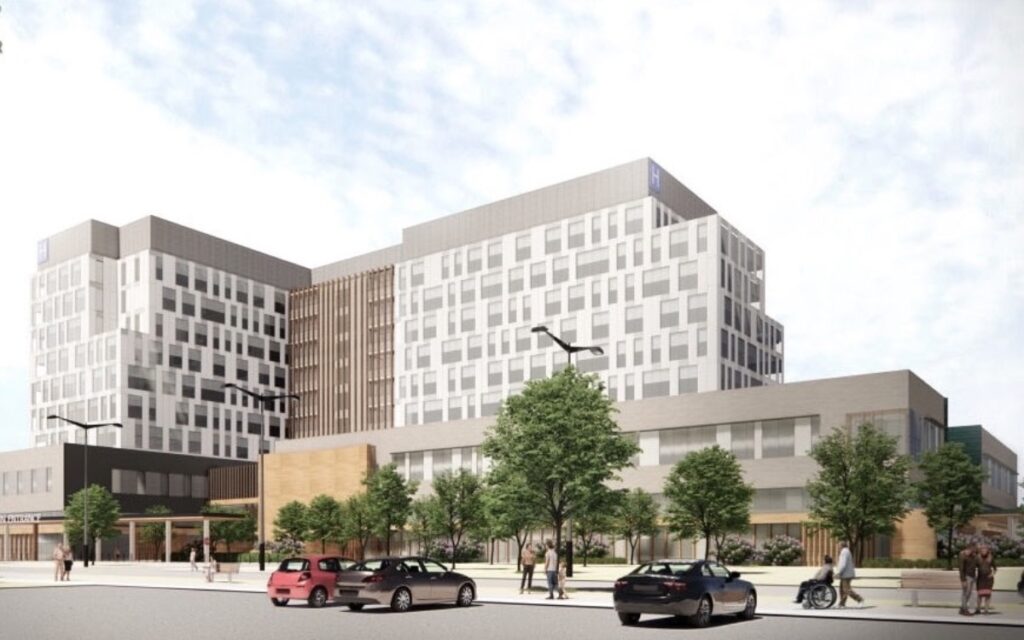 Infrastructure Ontario and Niagara Health will evaluate RFP submissions over the coming months and announce a successful proponent in early 2023, with construction expected to start shortly thereafter. Two teams are vying to design, build, finance, and maintain the over-$1 billion project. Photo credit: Niagara Health

The provincial agency, in partnership with Niagara Health, invited three previously shortlisted teams to respond to the RFP in October 2021.

The province and Niagara Health will evaluate the two submissions “over the next few months”, with a successful proponent expected to be announced in early 2023.

A fairness monitor is overseeing the entire procurement process.

Once a successful proponent is selected, work on the new hospital site at the corners of Montrose and Biggar roads in Niagara Falls can begin almost immediately.

Since 2018, Ontario has invested some $20 million towards planning the South Niagara Hospital. The much-anticipated new facility will consolidate and expand acute care services in the area, replacing outdated infrastructure with high tech facilities and supporting better and more connected care in the region. In addition to emergency, critical care and surgical services, the South Niagara Hospital will feature several centres of excellence specializing in stroke, complex care, geriatrics and geriatric psychiatry, and wellness in aging.

The approximately 1.2 million square foot, 11-storey facility is slated for completion in late fall 2026 or early 2027.

The entire project will cost more than $1 billion, with funding sourced from the province, local municipalities, Niagara Region, and several private donors.

The Niagara Region has already committed $44.5 million to the project. The City of Niagara Falls and Town of Fort Erie are both expected to finalize their commitments in the near future, with the former projected to contribute around $30 million.

The full design, build, finance and maintain teams that successfully responded to the RFP are as follows: