Stephen Harper reappears in CBC headlines – the election is near 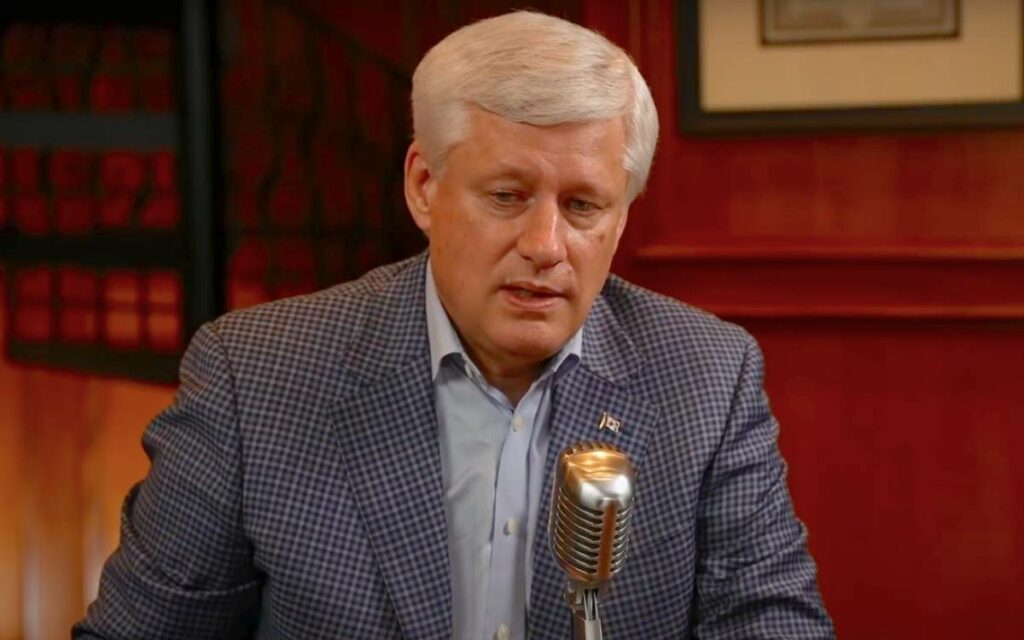 Former Prime Minister Stephen Harper made CBC headline news regarding a wide-ranging podcast interview he did earlier in July in Texas for an American production.

During a busy news week, when the federal government announced further extensions and an expansion of a number of pandemic economic support programs for individuals and businesses, and Prime Minister Justin Trudeau unveiled a $5.6 billion deal to bail out Newfoundland and Labrador’s Muskrat Falls hydroelectric boondoggle, the CBC chose to feature the former Conservative PM’s exchange with an American venture capitalist.

Mere mention of Harper’s name served as a flash of a red cape before a bull. Social media platforms immediately lit up with fierce, visceral attacks of the former PM. Liberal and NDP politicos on the airwaves pulled out worn lines against Harper and his conservative perspectives. There were the comparisons between Harper and current Conservative Leader Erin O’Toole – “a Harper-lite.”

This media-contrived tempest of politicos is a sure signal that the election call is imminent.

On the American Optimist podcast, Harper made observations on the pandemic response and fiscal policies in North America, international politics in dealing with China, and the threat the woke left presents for western democracies.

Politics aside, what Harper said deserves broadcasting. It is a clarion voice in a world still gripped in pandemic crises. So, here is Canada’s former PM Stephen Harper, unedited and sans editorial commentary.

On COVID-19 and the recovery: “This crisis really has been unique and very different and more complicated than [any] time before. This is a combination pandemic and an economic crisis, the solutions for one often being contrary to the solutions for the other.”

“[For a post-pandemic economic recovery] run strong market-oriented economic policy…I think it’s actually pretty straightforward, but it’s the opposite of what governments are doing…why can’t we just do this forever? People believe the United States can continue to borrow countless trillions of dollars at zero per cent interest. Not only do I believe that’s not true, I believe that’s actually coming to an end much quicker than people think.”

On Canada’s pandemic spending (which is the most expensive per capita spending in the world): “It’s not a good reaction, it’s been overkill. This is bad macroeconomic policy on an enormous scale.”

“As soon as you have interest rate hikes you have impacts on investment, and more importantly, all of a sudden, all this quote ‘affordable government spending’ is not so affordable.”

On globalization and China: Individual rights in Hong Kong are being “flagrantly violated” by the Chinese Communists and Harper said, “I would have urged our allies to respond more forcefully to that.”

“At the end of the cold war, all common sense on economic interaction related to national security went out the window, and we just assumed everybody…is going to be a friend…so we can trust them with anything. That has to change.”

Harper’s remarks echo comments he made before an audience at the Conference of Defence Associations Institute. In March 2021, he stated: “China is now a competitive rival of the United States across a range of spheres: economic, security, frankly competition of (government) systems as well…China has become more blatantly aggressive and hegemonic.”

On the dangers of woke culture: Much of the American Optimist podcast delved into the consequences of the rise of progressive mob mentality – or the ‘woke’ phenomenon – that has seized the western world. It was Harper’s comments on the woke mindset that were emphasized in CBC reports and other mainstream media. His comments appear to have greatly resonated – both positively and negatively – with Canadians.

Harper contends that the spread of “woke culture” in the West poses a threat to the “Anglo American heritage that Canada is a part of.” He observed:

“The real problem in the West is not that our prospects are not good. It’s elements in our own countries and our own societies that do not want us to succeed. The modern left, called Marxists often, is not really socialist, it’s nihilist. Its ethics are entirely nihilist and it’s all about ripping everything down. …It doesn’t really matter what their explanation for it is, it’s all bad and it needs to be fought and exposed.”

“I am just fascinated by this notion that is just everywhere now – the so-called woke notion that America is fundamentally a racist country. And yet what I see is all these supposedly repressed races trying desperately to become Americans.”

“It’s not that there aren’t problems, both historic and present, that aren’t real, but the core of our countries are great, they have great futures – and there is no alternative.”

“What’s so threatening about…this kind of far woke left is that it’s trying to end the democratic system. It’s not just trying to pass big deficits and modern monetary theory and a new education system – it’s trying to snuff out any opposition to those things. Its goal is authoritarian.

If it plays out, our societies fail…the adolescent egos of the woke university crowd is not an alternative governing philosophy for any society.”

The former PM’s frank assessment and critical observations of the woke phenomenon are certainly perspectives Canadians are not accustomed to hearing today from the country’s political elites.

So, with a few catchy headlines, CBC and other mainstream media succeeded in agitating their loyal listeners with fresh Harper quotes to be used in the not-so-distant election battle. Our state-supported news agencies have provided rich fodder for Liberals and the progressive-left crowd to remind their followers of the dark, distressing days that predated 2015.

Yes, conjuring up a boogeyman in this manner is a sure sign Canadians will soon be heading to the polls. 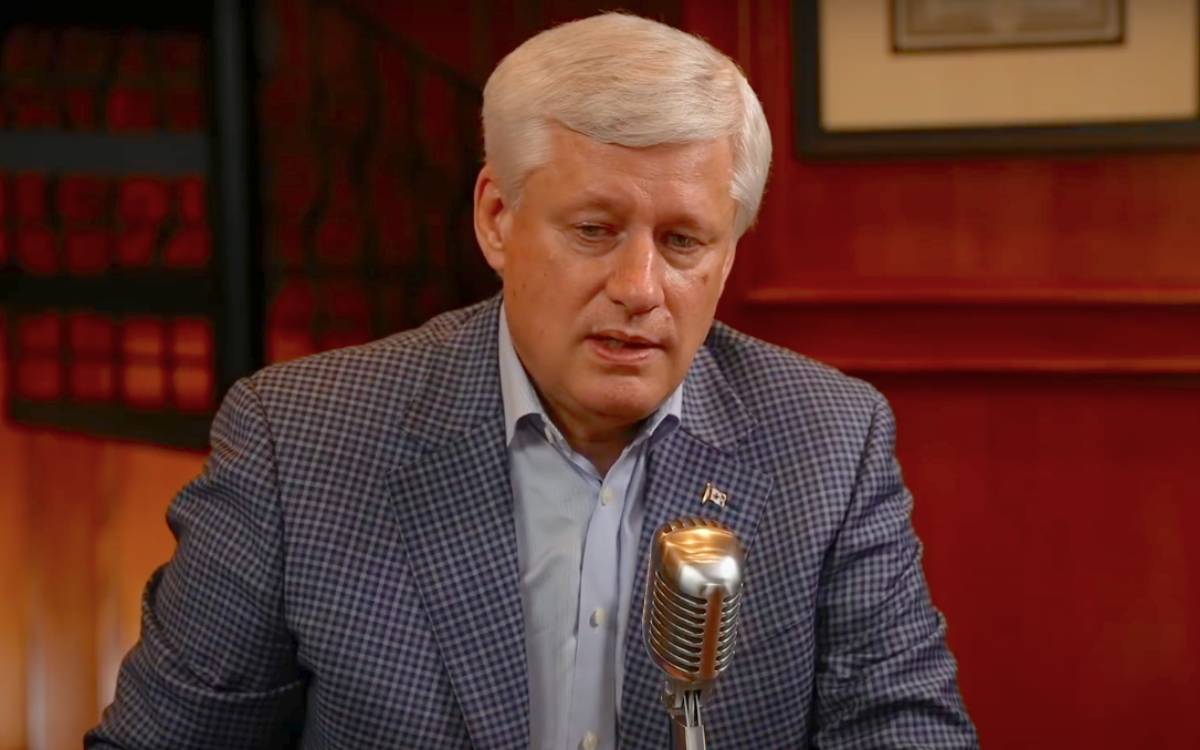