Many Canadians are likely at least somewhat aware of the UN 2030 agenda on issues such as migration and indigenous matters, as was discussed in Part I of this two-part series.  But there are many more components to this agenda that are less well-known, and very worrisome.

For example, although many people know that the UN agenda incorporates various climate change policies, there is less awareness of how pervasive these considerations are and how they are insinuating themselves into financial markets, corporate investment policies and pension plan practices.  Once pension plans start pursuing an investment strategy that incorporates such things as environmental considerations, so-called ethical issues or other politically correct goals, they will likely take their eye off the most important – some would argue the only – goal of a pension fund which is the maximizing of investment returns.  This is especially worrisome in the case of the giant public sector pension funds that exist in Canada, since any underperformance in terms of return on investment will mean private sector taxpayers will be asked to ante up even more for government employee pensions.  And we already pay more than enough.  A number of countries have already incorporated UN goals into their investment approach, with some nations and businesses shunning investment in fossil fuel energy sectors, which has an especially detrimental impact on Canada’s economy.  This is perversely happening in an environment where virtually all credible analyses forecast the global economy’s heavy dependence on conventional oil and gas energy for many decades to come, and where some of the world’s largest polluters such as China and India continue to develop coal and other energy sources much less clean than Canada’s.

Another important UN goal is gender equality, another objective with which few could disagree. However, this is manifesting itself in such areas as pressuring corporations to place more women on their boards and in their executive ranks.  These goals may be worthy of support, but should be pursued not on the basis of what is directed by the UN but what is best for the corporation and its shareholders.  It is also more than ironic – some might say hypocritical – for the UN, composed largely of less developed countries, many of which treat women and girls as second-class citizens, to be instructing  large corporations and others as to what they should be doing to achieve gender equity goals.

Other UN 2030 objectives such as eliminating poverty and world hunger are also of course laudable, but the way in which the UN expects to achieve these goals is questionable at best.  Data over the past few decades show that major progress has been made in improving the standard of living in poor countries and greatly reducing poverty and hunger.  The major reasons underlying these accomplishments is opening up markets to trade and the expansion of capitalism around the world.  Despite this reality, the UN supports much more socialist approaches to achieve its goals, which flies in the face of consistent experience throughout history of socialism’s failure to foster prosperity and reduce income inequality.

A couple of columns on the vast UN agenda cannot do justice to all of the relevant parts nor properly discuss its many important implications for ordinary Canadians, but can hopefully ring some alarm bells.  UN 2030 has many enthusiastic supporters around the world, and many in the current Canadian federal government as well as some provincial and municipal governments.  Whenever criticism is levelled at any aspect of this agenda, the typical response from UN apologists is that all of these policies are “non-binding” and no supportive country or government is required to act on them.  Yet read anything from Canada’s federal Global Affairs department and the UN agenda is frequently mentioned and incorporated into its activities. Many Canadian municipalities have already declared themselves sanctuary cities and are changing policies accordingly. Canada’s immigration practices have clearly changed to accommodate UN goals. British Columbia has just passed UNDRIP into law, with the extent of the undoubtedly significant ramifications of that decision yet to be seen.  Many large Canadian corporations have signed on to the UN’s Social Development Goals (SDGs) and are working to implement them.  For such a “non-binding” agenda, things are beginning to look pretty binding indeed.  We also know that Justin Trudeau is slavishly devoted to the UN and will sacrifice a great deal to achieve that temporary UN Security Committee he is seeking.  Indeed, just a couple of weeks ago Canada’s representative in the UN abandoned Canada’s principled position on Israel that both Liberal and Conservative governments had honoured for over a decade, likely to garner support for that temporary UN seat.

Another criticism levelled at those who dare question the UN agenda is that they are being paranoid – nothing to see here! Yet the more one delves into the wide and pervasive scope of the changes underway, the more serious concern seems justified.  At a minimum, citizens of all countries must be better informed about what their governments have in store for them in implementing the UN policies, the changes it will mean to our economies and societies, what it will cost and whether or not a majority of citizens are in favour.  After all, just because you’re paranoid doesn’t mean they’re not after you. 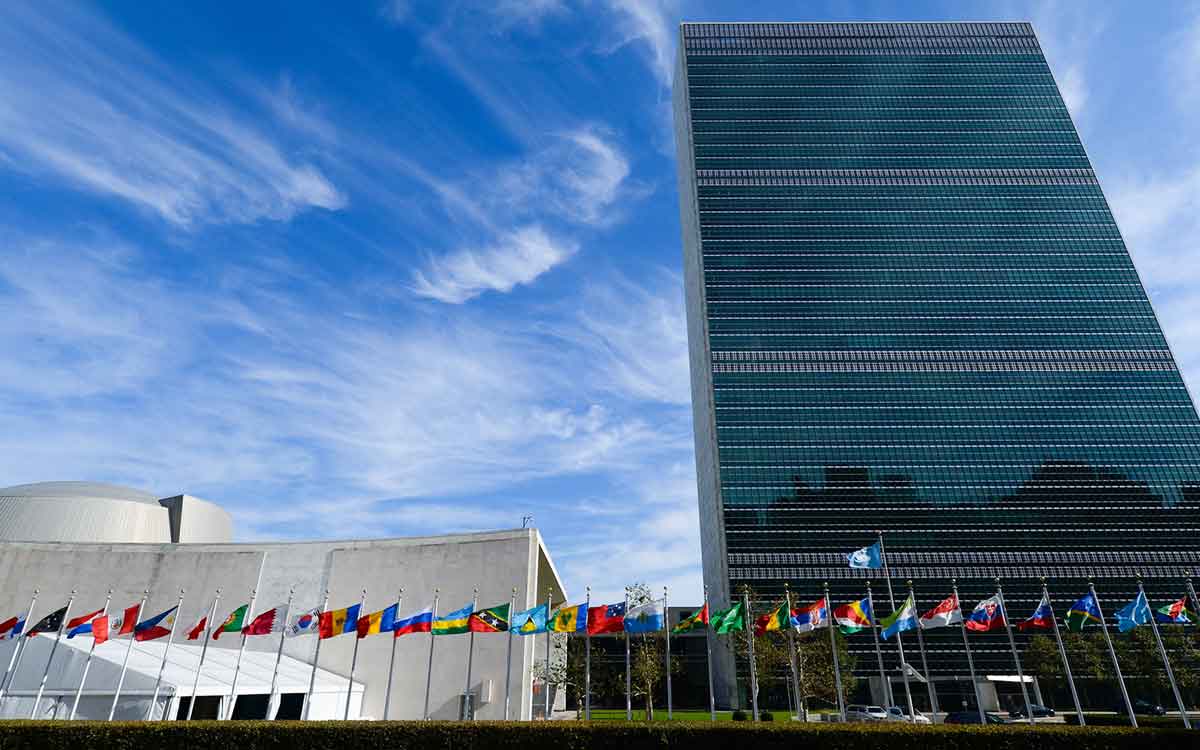