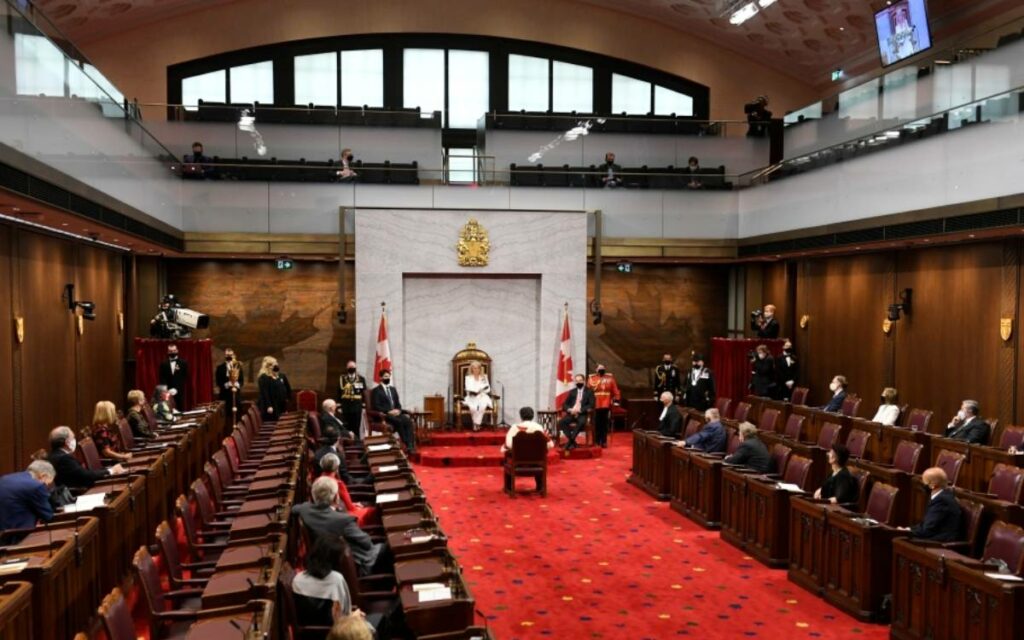 Wednesday, with pomp and ceremony, Governor General Julie Payette presented the Trudeau Government’s Speech from the Throne. The GG took 55 minutes to pedantically work her way through the 17-page regal address to set out the government’s plan to manage our current health and economic crises.

The Throne Speech suggested a four-pronged approach to pandemic survival and recovery and, in sharing his laundry list of old commitments, PM Trudeau succeeded in promising everything to everyone.

The federal government offers Canadians a national pharmacare plan, a “Canada-wide” child-care program, the extension of wage subsidies and a new, more generous employment insurance program along with the largest jobs training program in the country’s history.

The federal government pledges its green spending will create one million new jobs. It is also laying the cornerstone of the “resiliency agenda” by promising legislation that will establish the goal of net-zero emissions by 2050 and provide the unspecified amount of necessary cash for green technologies to achieve that goal.

The government’s promised agenda came with no price tag and no timelines; however, in summarizing, the GG pronounced, “Taken together, this is an ambitious plan for an unprecedented reality.”

Conservative Party Deputy Leader MP Candice Bergen, succinctly observed that it is “irresponsible” to make all those big-ticket spending promises with no plan to pay for them: “They’re still talking about how budgets will balance themselves, so it’s very, very concerning.”

Media editors’ and pundits’ reaction to the Throne Speech was uncharacteristically uncharitable towards Trudeau and Co. The Globe and Mail led with “Justin Trudeau prorogued Parliament – for this?” The Washington Post headlined: “Trudeau’s new agenda is full of old promises and unrealized hopes” and stated the major take away was that “it was quintessential Liberal,” “a letdown,” and “more of the same.” Brian Lilley of the Toronto Sun quipped: “The Throne Speech is much like “Oprah’s Favourite Things.”” Chris Shelley in the National Post concluded: “It’s a muddle, a mess, a Liberal greatest-hits album played on shuffle.” Shelley wrote: “You don’t need to haul the governor general out of bed to add specifics to pre-existing promises, let alone to simply reiterate them, as this speech does over and over again.”

In the event that Canadians may not have fully appreciated the weightiness of the Throne Speech as delivered by GG Payette, the Prime Minister felt compelled to take to the airwaves a few hours later to reiterate his government’s plan. CBC News profiled the PM’s TV appearance as “an attempt to command the moment” and compared it with former PM Mackenzie King’s addresses to the Nation – in 1936 in the midst of the Great Depression and in 1945 days after the end of the Second World War.

All the networks granted PM Trudeau prime time exposure to tell Canadians that we are “at a crossroads” with the second wave of COVID-19 now upon us. He surmised: “It’s all too likely we won’t be gathering for Thanksgiving, but we still have a shot at Christmas.” And then he went on to repeat much of the key elements from the Throne Speech. PM Trudeau repeated the tone and tenor of the GG’s afternoon oration with his own personal reassurance that “We’re Canadians. And there’s nothing we can’t do.”

Again, media reaction to the political infomercial was less than kind. Perhaps the best analogy for the PM’s TV spot was the National Post’s column referring to it as a “Winger Speech” in reference to the sitcom Community. The comedy’s central character is known for his “glib, eloquent monologues designed to win arguments and mend problems through the power of silver-tongued charisma”; relying on “emotion, rhetorical gimmicks, clever-sounding turns of phrase.” The National Post assesses: “Like Trudeau last night, Winger appreciates that what often counts is what it sounds like you’re saying rather than what you’ve really said.”

For all that was said in the Senate Chamber and again in the TV talk, Canadians did not hear about the issue that they are most concerned with: Health Care. Earlier in the week, the Canadian polling firm, Ipsos, released its latest public opinion survey which found that 33 per cent of Canadians chose “immediate health measures to respond to the pandemic crisis” as their priority concern. Darrell Bricker, Ipsos CEO states: “The biggest priority item for Canadians, they tell us, is support for health care initiatives to fight COVID.”

The Premiers convened in Ottawa last Thursday with the expressed purpose to call on the federal government to provide $70 billion in health transfers this year to help with management of the second wave of COVID-19. The additional funds would be used for increased testing, staffing the expected surge in the country’s hospitals and for increased measures to ensure seniors are safe in their long-term care homes.

The federal government’s silence on the health priority was disappointing for the Premiers and two of them let their frustrations show. Manitoba Premier Brian Pallister said, “Sadly, the federal government’s Throne Speech ignored one of the most pressing issues in our country to date, growing health care wait times. Demand is growing at a record level, federal support has never been lower, and Manitoba will continue to lead in standing up for better care sooner.”

Ontario Premier Doug Ford issued a statement: “Provinces require stable, long-term funding for health care. Today the federal government missed a critical opportunity to commit to a desperately needed increase to the Canada Health Transfer. I will continue to work alongside my provincial counterparts to advocate that the federal government invest its fair share in health care.”

The six days of Parliamentary debates on the Throne Speech are not yet scheduled and the vote on the Trudeau Government’s plan is unknown. Yet the Bloc Quebecois was quick to state their condition for supporting the Throne Speech: it is looking for the federal government’s commitment in the next week to “provide unconditional transfers to Quebec for health care.” Pushing all the political rhetoric heard this week aside, it is a rare instance when the separatist party from La Belle Province speaks for all Canadians’ desire. 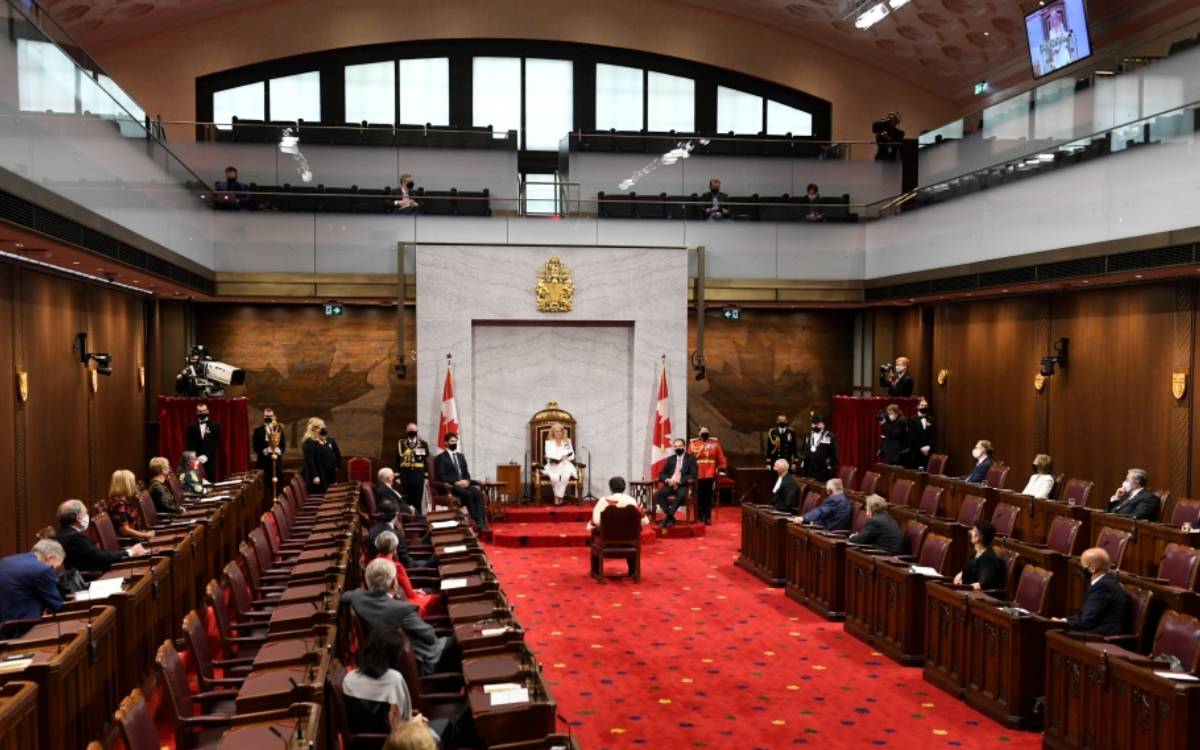