A matter of fact: Ottawa must denounce ‘fossil fuel non-proliferation treaty’ that would hurt Canadians 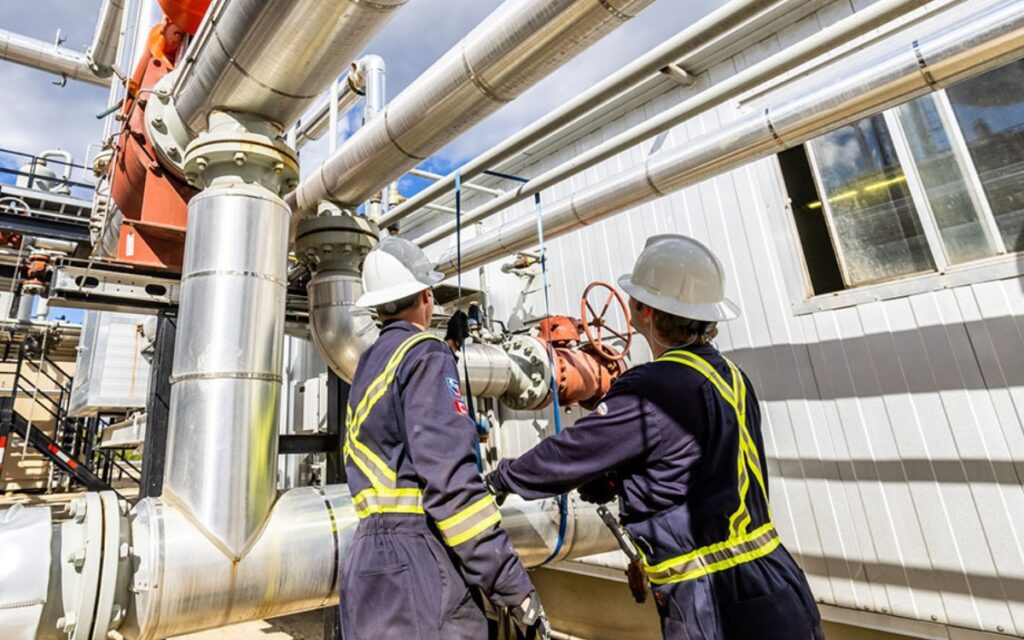 Canada can do more to improve global energy security and help reduce world emissions by growing oil and gas than it can by shutting the industry down. Photo credit: ARC Resources Ltd.

Environmental activists are calling on Prime Minister Justin Trudeau to endorse a dangerous and misguided “fossil fuel non-proliferation treaty” ahead of the COP27 climate summit in Egypt.

They want Mr. Trudeau to tell Canadians and the world that ongoing use of Canada’s oil and gas is an imminent threat to human society as bad as the atomic bomb.

Sending this message would hurt Canadians and our allies during a time of war. And help set up the world for a future where energy is largely controlled by undemocratic actors.

Canada can do more to improve global energy security and help reduce world emissions by growing its oil and gas production and exports than it can by shutting the industry down.

Here are the facts.

The technologies do not exist today at scale to replace the world’s reliance on oil and gas, and it will take decades to develop them.

The adoption of electric vehicles is growing, but that alone will not remove the world’s need for oil.

Renewable energy’s share of world energy supply is growing, but it won’t push out oil and gas any time soon.

This January the European Commission endorsed natural gas and nuclear power to reduce emissions while providing stable energy supply, stating that renewable energy sources “are not yet commercially available at sufficient scale” at an appropriate threshold.

The IEA estimates that today, oil and gas supply about 53 per cent of global energy needs. In 2050, despite the rise of renewable and alternative sources, that’s still expected to be about 50 per cent.

Reducing emissions in oil and gas is essential, and Canada’s industry is a global leader in these efforts.

Fact: Canadian oil is on the path to net zero

Canada’s oil sands is the world’s only major oil basin where producers have jointly committed to reach net zero emissions by 2050.

They’ve already achieved success reducing emissions per barrel by 20 per cent since 2009, according to IHS Markit. And total emissions reductions are expected within the next five years.

The foundation of the sector’s plan on its path to net zero is carbon capture and storage (CCS) technology, where Canada is already a leader.

Since 2000, CCS projects in Canada have safely stored more than 44 million tonnes of CO2, or the equivalent of taking more than 9.4 million cars off the road.

Fact: Canada will have the world’s cleanest LNG

Global demand for liquefied natural gas (LNG) is surging and expected to double by 2040, driven by growing Asian economies looking to get off high-emitting coal.

Russia’s invasion of Ukraine has turned the challenge of tight LNG supply and demand into a crisis, with European countries now scrambling to reduce reliance on Russian natural gas.

In addition to being reliable and affordable, LNG from Canada is expected to have the lowest emissions intensity in the world. The smaller footprint is the result of a colder climate, shorter shipping times, use of hydroelectricity, and lower methane emissions from upstream production.

The global average LNG emissions intensity is 0.35 per cent CO2 per tonne, according to Oxford Energy Institute. When it starts operating in 2025, the LNG Canada project is expected to have less than half that, at 0.15 per cent CO2 per tonne. Proposed Indigenous-led Cedar LNG would be even lower, at 0.08 per cent, and Woodfibre LNG at 0.03 per cent.

Fact: Oil and gas advances the path of reconciliation

Indigenous communities and businesses are becoming increasingly important players in Canadian oil and gas, and that’s good for Canada and the world.

Recently, National Coalition of Chiefs president Dale Swampy made that point in a billboard campaign in Manhattan.

More involvement and leadership by Indigenous communities means more incorporation of traditional knowledge in protecting the environment. And it means a pathway out of poverty for communities that have struggled.

According to the federal government, in 2019 oil and gas companies spent more than $2.6 billion in procurement with about 250 Indigenous businesses, an increase of over 70 per cent compared to 2017 ($1.5 billion).

Together, three projects – the Trans Mountain Expansion, Coastal GasLink, and LNG Canada – have spent more than $6.4 billion with Indigenous-owned and local businesses.

Since 2014, Indigenous employment in Canada’s oil and gas sector has increased by more than 20 per cent, reaching an estimated 10,400 jobs in 2020.

Indigenous communities now have more ownership stake in oil and gas development than ever before, from LNG projects to pipelines and CCS. The most recent milestone was achieved just last week, when 23 Indigenous communities in northern Alberta invested $1.1 billion to jointly become just under 12 per cent owners of seven oil sands pipelines.

The federal government has acknowledged that “the oil and gas sector is a major contributor to Canada’s economy.

The industry supported nearly 600,000 jobs across Canada in 2020, including 178,500 “direct” jobs with oil and gas companies and 415,000 “indirect” jobs in supporting industries like engineering and manufacturing.

This includes thousands of jobs in manufacturing, environmental, and financial services tied to the oil and gas industry, especially in Ontario and Quebec, the federal government says.

In 2020, the oil and gas industry generated $118 billion in GDP. Canada’s total GDP was $1.65 trillion, indicating that the oil and gas sector accounted for about 7.2 per cent of the country’s economic activity.

Canada’s oil and gas exports in 2020 were valued at $86 billion, or 16 per cent of the country’s total export revenue.

Shutting down Canada’s oil and gas industry would remove billions of dollars in opportunity for Indigenous communities and people across Canada. It would not reduce global emissions, only shift supply to undemocratic actors.

Now – and on the long-term road to a zero emissions future – the world needs more Canadian oil and gas, not less.

This article first appeared on the Canadian Energy Centre website on Oct. 5, 2022. Reprinted here with permission.